Living your life fully and actively

one day at a time is definitely the way to go. As if you are going to live forever in actual practice.

Then, of course, there’s that Bacon quote about an unexamined life not being worth living that needs to be factored in.

And, so living, thoughtfully, with as much consciousness as possible becomes desirable and more satisfying.

Followed by living as empathically and kindly as possible, caring for as many people and animals as possible.

With the latter in mind, I feed the squirrels and birds daily and hope as many wild horses as possible survive destructive Fiona on Sable Island this weekend. 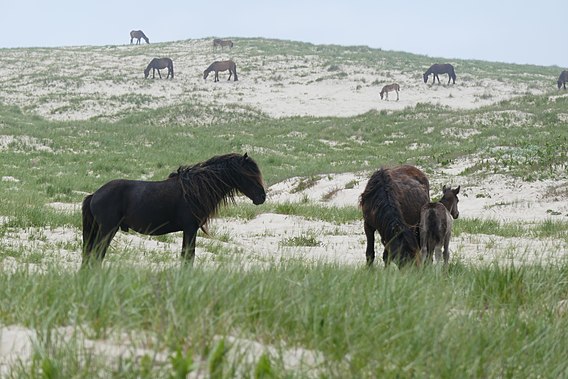 “Did Adam and Eve Have Belly Buttons?”

Advertising’s omnipresent mantra remains ‘Sell-sell-sell’ and it has thoroughly taken over and corrupted the Internet and e-air waves. As Sven Birkerts pointed out, anyone who has been so thoroughly brainwashed by the culture, cannot say “No”, and so most people in the culture continue to be defined by how much they consume as a justification for their “quiet desperation” (Thoreau) existences.

Only Trump would be crazy and stupid enough

to suggest that classified documents could be declassified telepathically. Uh, by him.

And so the terminally lying/Fake news/alternate reality ex-prez-felon collides head-on with rational, sane legal arguments. His current lawyers would never be stupid enough to suggest the same in court.

Methinks, he just babbled this off-the-map absurdity for his dumb-ass QAnon base.

A perfect weekday for walking about Edmonton region’s most beautiful area. A sunny, warm, windless September morning between 10 am and noon, basically having the whole park to ourselves.

The Japanese Garden was calm and peaceful with many nice prospects pervaded by stillness and quietude. One could sit and meditate by oneself in several locations. 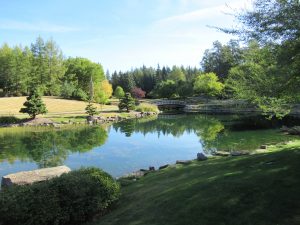 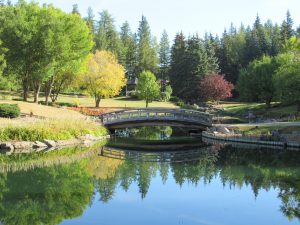 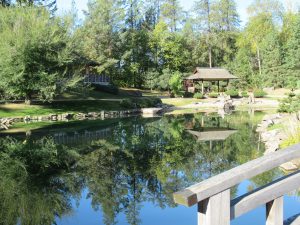 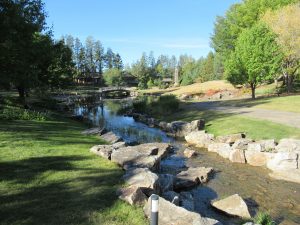 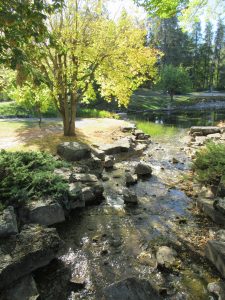 The Aga Khan Garden is the more dynamic garden with movement, water, and sound. 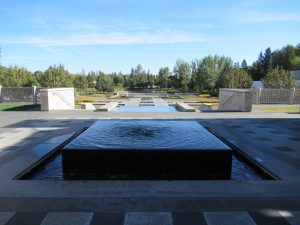 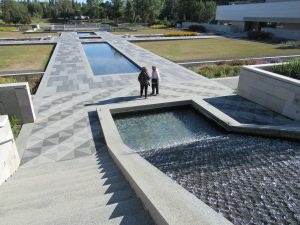 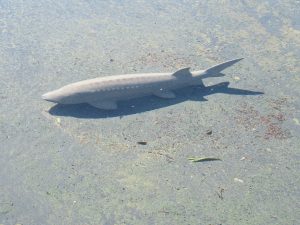 Faux fish in the pools. 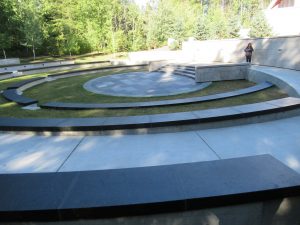 The amphitheatre: a perfect place for outdoor shows a la Shakespeare in the Park.

Here, today, we shall break out the Beaujolais

with roast beef to celebrate the massive fraud lawsuit launched by a black woman, the elusive Ms. James AG of NW State, against Trump and his three kids.

Civilly, this will be a slam-dunk once it comes to trial. And there will be a criminal trial to follow. In any case, this lawsuit will kneecap the Trump Org. and family ‘fortune’ and legacy nicely.

They say that revenge is sweet, but I’ll just add that it doesn’t get much sweeter than this whole peck of legal troubles being released on the arrogant, entitled, thoroughly corrupt Trumps.

as Covid cases and respiratory hospitalizations shoot up amongst kids this year with zero reporting and updates from the ‘caring’ highly-paid spokeswoman for ‘health’ in this province. The pandemic is increasing again and who, exactly is minding the store for our ‘wonderful’ UCP government? No hero, this woman, ever! Another useless UCP liar, minion, and fraud.

Earlier using the race card, unsuccessfully, to try to dodge a speeding ticket through a school zone, a ticket most of us honest folks would just pony up on. No moral leader or example this guy from the get-go.

And now thanking the Freedom Convoy, those lawless yahoo-rednecks with rifles down at Coutts supposedly ‘protecting AB’s freedoms’ re. Covid restrictions by the feds. Shamelessly, arrogantly, sanctioning lawlessness, which is fair game to a truly bent moral mind like his.

right through to the end of his corrupt ‘Little General reign’.
Telling a T.O. press conference yesterday that the mountains are 45 mins. away from the cities. (1 1/4 hr. to Kananaskis or Canmore from Calgary.) Lying to people in Vancouver and T.O. he wants to recruit for AB in order to plump up his totally tarnished image.

Praise for England and the English Today

as well as the incredibly classy traditional funeral for the most deservedly famous person in the world of late. The country puts the current U.S. and others to shame with its careful planning and adherence to deep cultural traditions. (You will never see a similar funeral broadcast on the world stage like that ever again. End of an era, indeed. Can you imagine the crassness, noise, craziness and violence of a similar event held in the s-hole States?)

I have long admired Britain and England with its massive world-famous literature (Shakespeare and many others), its interesting films and tv series, and its great devotion to preserving its history and culture. (They sure got it right contrasted to Canada which tears down its historical buildings every 50 years.)

Despite their various ‘troubles’, the English are decent, respectful folk who appreciate/d their Queen, the monarchy, their history, and culture. The Queen epitomized that decent, reasoned and civilized approach in how to do things with class, memorability, and public inclusion.

A truly exhausting day for all involved in the procession and finale today. Hard not to be utterly impressed by the overwhelming success of the day (with no rubes and incidents like those, typically, in the brash, ugly U.S.) In particular, I was wowed by the amazing grenadiers, the speeches, the crowd behaviors, the music, the Queen’s corgis and horse, and the lone piper’s plaintive lament.

Classy, from top to bottom for 8 hours, and worthy of the passing and celebration of the most famous Queen who ever lived on the planet: Elizabeth II.

The Rapid Closing of American Minds

The deep dumbass. theocratic embrace of ignorance, stupidity, and intolerance.