Sept. 30 and what the New Englanders call 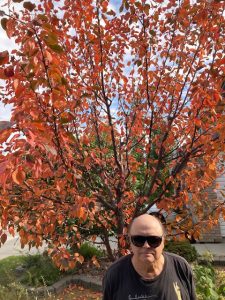 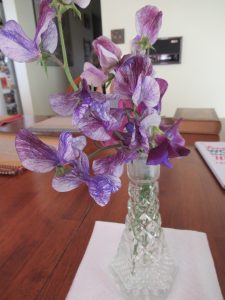 Sweet peas can be very strong.

It’s that time of year to go Leafing! 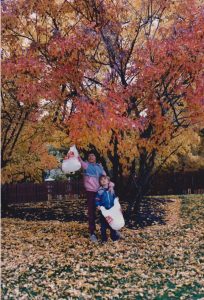 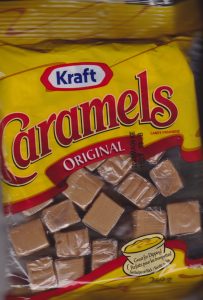 Kraft Caramels.
Always associated them with Halloween when I was a kid.
Don’t see them in the stores; bought on Amazon.
Still nice and soft; perfect for sucking on slowly. Major indulgence.

My Long Voyage with T.S. Eliot 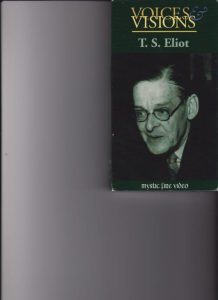 began in 1967 in our grade 12 poetry unit back at SHCI. Most of the poems in our anthology were classics and older poems, but one modern one stood out. It was Eliot’s “Journey of the Magi”. 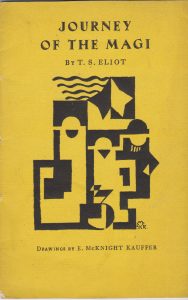 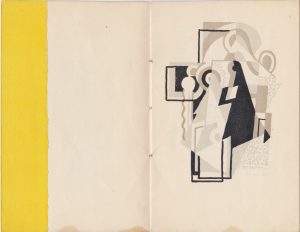 Out of the blue, the voice of one of the wise men complaining in what was my first encounter with free verse. Years later, I would acquire the illustrated chapbook (above) that captured more of the mystery of the 1927 poem.

The following summer on a steamy Winnipeg August evening, I journeyed to the old William Avenue main city library (below). 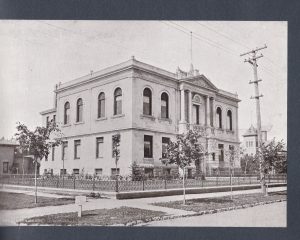 Anyway, that summer evening I walked upstairs to find the poetry section and found the colorful book (below), opened it and started reading….

It was like opening my secret mail and inner thoughts and feelings at age 17, on the cusp of 18. Perfect timing. The alienation, the boredom of “Journey” carried forth in this longer 1917 classic. 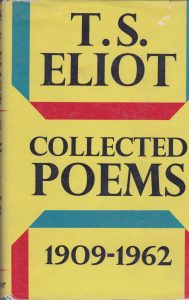 “Portrait of a Lady” echoed Simon and Garfunkle’s “The Dangling Conversation” radio hit of the day. This and other poems by the same guy mentioned by critics in conjunction with Bob Dylan’s lyrics from his Blonde on Blonde album and songs like “Ballad of a Thin Man”. (In my 1990 Fringe show, I would imitate Dylan singing the “Midnight” song  bringing together Dylan and Eliot in an unexpected way.)

In first-year university, his poem “Preludes” was on the introductory English course  final exam:

I can remember one summer morning after a rainfall, ‘working’ the end of the night shift at Winnipeg General, about 5 a.m., sitting in the dark empty lounge at the end of a 2nd floor ward, looking out onto the wet streets and neighborhood with the sun coming up and reading “Preludes”, realizing how much the poem reflected my life and sensibility.

Eventually. I would study “The Waste Land” in the third year of my BA in a course on 19th and 20th century literature (possibly the most influential English course I ever took, taught by short, young, mustached prof who held court cross-legged on a desk at the front of the class):

Poetry as spiritual condition. Which is reflected in other Eliot poems (I encountered in my 30s) like “Ash Wednesday” and “Four Quartets”–the latter the mysterious spiritual poems inspired by Beethoven’s late quartets that the English people identified with during WW2. 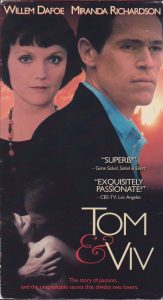 Eliot was quite the interesting guy: working at Faber and Faber, there turning down two (!) of Orwell’s books; dealing with a mentally-ill first wife Vivienne (featured in “The Waste Land” and memorably filmed in Tom and Viv); writing a poetic play about the assassination of the archbishop of Canterbury–Beckett; and writing a book of celebrated cat poems which later, postumously, became a popular Webber musical.

Two recent works are respectful tributes to his life and work. One is Jeremy Irons’ excellent readings of his poems. 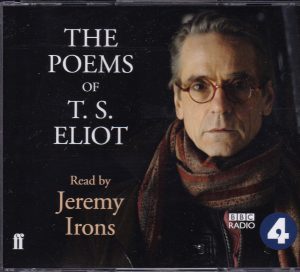 The other is a helpful, informative DVD documentary, T.S. Eliot: The Search for Happiness. 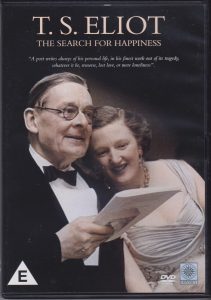 (pictured with Valerie, his second wife)

Looking back, I realize, that I taught “Preludes” and “The Love Song of J. Alfred Prufrock” to grade 12 students, and ended up with a tee shirt that says “Do I dare disturb the universe?” Suffice to say, Eliot has deeply influenced me, my sensibility, my thinking, personal poetry and life. For me, he remains a significant personal literary hero.

How often do we get two huge

astronomical events on the same day? The first, NASA spacecraft’s collision with an asteroid moon in about an hour, and second, later this evening, Jupiter at its brightest in 59 years. We will likely heading to my daughter’s place for a view through their telescope.

Later: Well, it only took me 73 years to see the moons of Jupiter. I remained buoyed by the many wonders such as yesterday’s, watching the NASA spacecraft close in on the asteroid and the details shown before the successful collision. Below: Jupiter and three of its moons. 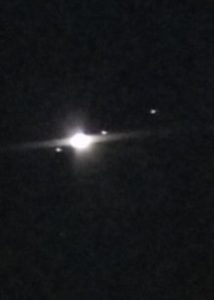 The Power of Sound in Music

has long stuck with me going back to the 1950s. A lot of the appeal of certain songs had to do with the voice of the singer/s or the band, but also the way/s in which they were recorded.

A good case in point was Johnny Mathis’s haunting “Chances Are” with massive echo and the recurring tinkling ivories. I can long remember hearing that song at different points in my life and still feeling a certain palpable shiver and emotional response to the whole effect.

Helping Fellow Canadians in the Maritimes

Made a donation yesterday to Canadian Red Cross’s “Hurricane Fiona in Canada Appeal”. The feds are matching all contributions so it’s a good time to pitch in.

‘Tis important from time to time

to remember the great men and women–the role models of what a Great Man or Woman is. 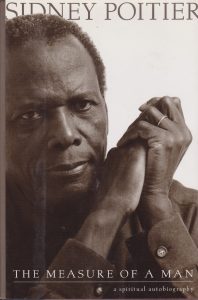 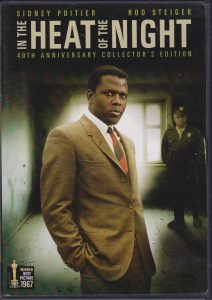 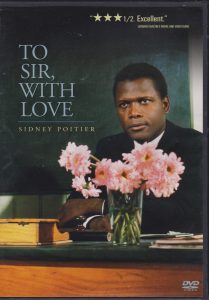 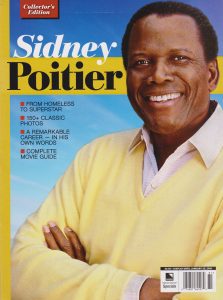 Easy to help the poor

when the Food Bank leaves you a bag to fill at your door. Think of all the lazy folks who can’t be bothered to go to the pantry and throw some items in the bag. And think of all the needy human beings who need this service that one can address and contribute to with minimal physical or mental effort at all. Human kindness is not a difficult choice, methinks. As easy as throwing coins in a box at the local 7-11 for whatever other charities.