Performance: Of Freedom and Gifts of Self 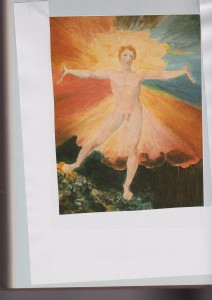 Granted professional performers need to work hard to make a living, you still have to look beyond that simplistic, limited pragmatic side to understand and appreciate the nature of performance.

I was thinking about The (3) Stampeders, first on this, how they’ve been reunited since 1992, travelling most of the year to play and share their ’70s with other baby Boomers for 40+ years. Pretty satisfying for them, being able to perform credibly, have sell-out crowds wherever they play, have fans still show energy and enthusiasm at the shows and after when they meet them in person.

On-stage performers typically have to prepare and rehearse to keep in shape (and there are a many behind-the-scenes factors such as diet and exercise–Mick Jagger jogged the Edmo river valley on a previous Edmo visit). They have to work hard, dig deep to stay in healthy, reasonable playing mode. Creativity, even for performers of old material, also remains important, with changes of selections, revised treatments of material, and so forth.

And always, there is the sense of ‘putting it out there’ for masses of complete strangers, sometimes a more invisible audience. The performers make a gift of themselves and their material and openly express that–a risky thought for most people. No question there has to be ego, but essentially self-confidence and a belief in oneself and one’s material in the first place before the expression or sharing takes place. A freeing and giving of one’s self to begin with.

Recalling the audience’s response to The Stampeders and The Mavericks (their concert two weeks ago), one then has to factor in audience response. Although audiences don’t usually do more than standing ovations after exceptional play productions, jazz or classical music, for instance, other audiences at what might be termed pop music shows are far more activated and openly energetic, often clapping or singing along enthusiastically or getting up and dancing. The freedom in the music, of the performers has in turn freed them, and they respond, expressing themselves uninhibitedly, ‘giving back’ to the performers. A two-way street of gifts and expressions of self accompanied by a mutual freedom of both parties.

Play begins early in our human lives, with performing and trying on or playing roles following in its wake. We all of us go on to play many roles and to perform (sometimes quite badly) for others. And there are many of us who end up doing it for a living: dancers, musicians, writers, athletes, teachers, et al. What is interesting about performing is how it brings together people, how it frees our spirits and us as individuals, and how it enables us to share our various gifts of self freely to one another. All of these undeniably positive human experiences that lift us beyond the mundane ordinary and whatever negative experiences we might otherwise encounter. Optimally, William Blake’s “Glad Day” personified.