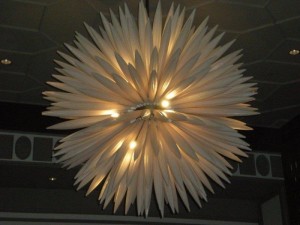 “The privilege of a lifetime is being who you are.” “The goal of the journey is to discover yourself as consciousness.”–Joseph Campbell

The comet lit up the sky for weeks and months, changing the lives of many. A very intense bright light from somewhere else. In many ways it was the dead greats who could have told you more about it, why and how it moved the way it did. The lovers too, who lived in and for one another. They knew something about the heat and light it gave off in cold winter sky where all was otherwise frost and frigidness.

The comet glowed and was most itself beyond language, beyond time, beyond music, beyond convention, beyond mere limits and limitations of all kinds. It was free and shone like a bright spirit ablaze, filling, nay flooding a room with its veritable light and love-giving radiance.

In the end, all one could say for sure was that it was very large and unlike anything one had ever known or been remotely close to before.

And so it blazed that December on many heads-down days while others worked and chased money and forgot their own vital incandescences. Finally, it was just a brilliant reminder of what might be possible if one broke free or chose a life in stars or dream. This comet, this great glowing spirit which simply was what it was, and nothing else.