Of Solstice Survival in the Frozen North 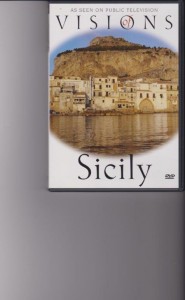 Always at this time of year, at the most frigid of times, I resort to imagination and healthful viewing to warm the cockles of mind, heart and soul. It is as simple as putting on my Visions of Italy, Sicily, and Greece DVDs. And there it all is–all that any frozen human could ever want–the regions of the beginnings of Western civilization in their warm sunny splendor gloriously from the air! The quaint red-roofed towns, the grey rocky coasts that spill into the sea, the warm sun-baked lands with vineyards, the deserted but often intact ruins and castles and churches, the green trees springing up from the sun-baked streets, the dark blue or green waters and the pale or brilliant blue skies.

The longer I live, the more I’m convinced that the main essence/raison d’etre remains consciousness, (especially that fostered and developed by imagination), the raising of spirits as simple as some will, some consciousness of what is most needed, and then the application of whatever resources. If this means spending $$$ for whatever, it hardly/never matters to me. One must finally minister to one’s self and be responsible for whatever attitudes, soul-moods, and freedom one wishes to have. Will logically follows (‘A man can do all things if he will.”–Alberti), then the availability and application of whatever resources, taking/making the time for such, and exercising those soul-nurturing choices.

-30 windchill Edmonton no longer exists for me as I now go outdoors today. Only Sicily–the inner warmth of that state of soul, that so-civilized climate, that sunny warm disposition and sensibility. It all begins with imagination and the conscious individual.