Holiday Year-End Notes to Self 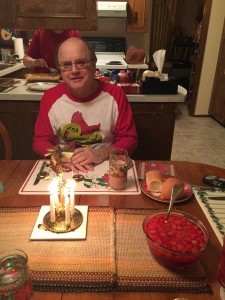 There is so much more to life than driving a great big honkin’ truck, buying a new car every year, playing the lotteries (c.f. Orwell’s 1984) or casinos, advertising and Super Bowl commercials, going on cruises, being a snowbird, having season’s tix to the Oilers or Esks games, going to Boxing Day sales, etc.

One thing that I wanted to accomplish with this blog was to go on record and leave ‘permanent’ online evidence that I was or had been here. This motive is behind the early literature of Homer, for instance, in The Iliad and The Odyssey in which the author leaves a record of his time and times before his. “Vain was the chief’s, the sage’s pride. They had no poet and they died.” Literature, poetry, and the arts are a significant record of personal and cultural histories.

I, too, like Shakespeare, attempt to deal with various basic or large themes, issues, and conflicts, especially in the first year of this blog. These many topics can be viewed in my July 5, 2015 entry reviewing/overviewing basic themes and meditations on life.

I think if there was another thing I have tried to do in my blog, poetry, and life it is to transcend my time and daily context–an instinct that first emerged from my studies of the English Romantics–notably Keats, Wordsworth, and Shelley. Daily life, as Keats, I and many others, including artists have tried to transcend, includes the actual physical world, earth, mortality, time, materiality, the known, the finite, and the real/istic. What I and many others have preferred and often chosen is dream, imagination, the ideal, permanence, eternity, spirituality, the infinite, and romance. The latter states usually turn out to be much larger, deeper, richer, and more interesting than daily life.

Given a preference for the latter series of conditions and possibilities, like Oscar Wilde, I have consciously whenever possible tried to make an art of my life, reflected through many unconventional and bohemian personal choices.

It is this artful living or life which has created and motivated my many modest excursions into art. If ever there was an ironic objective correlative for this ongoing process, it can be found in the final line of Yeats’ “Among School Children” poem: “How can we know the dancer from the dance?” Especially when the dancer transcends skin-encapsulated-ego-isolation and becomes the dance, indeed, with lived life and experienced consciousness informing and motivating creative expressiveness.

It is thus my blog has become my final art, through its expression of consciousness and creative takes on thoughts and experiences emerging from my own remaining daily life experience. A realization of what Wilde initially set out for himself as a worthy purpose. And, as in many other cases in the art world, the realized possibility that art finally emerges or is expressed out of the life an individual artist has led.

And going back to Keats, in this, is the possibility of and actual transcendence that he, I and so many others have believed in and sought to achieve.

So we are all finally down to our daily possibilities (even if these be dwindling via the limits and limitations of aging or circumstance)) and the consciousness and awareness we are able to cobble together from even the most chaotic or ‘unsmooth’ life experiences and from our interactions with others, life, Nature, the Arts, etc.

These daze I do not have to go out of my way to find or generate subject matter. Like Montaigne’s essais, the topics emerge naturally of their own accord bubbling up like Maharishi’s thought-bubbles. Frost’s “momentary stays against confusion”. (And I make no apologies for living and creating out of my own life. It is what I know and have known best of all)

A la Homer and early writers, I have also been able to recall and record early experiences which would otherwise have been lost to nothingness. This blog has been an important empirical evidence (beyond whatever survivor memories) that I was here going back to childhood.

For I am, after all, a “maker” (maker) who has a long record of making things happen, creating possibilities for myself, my family, and others. I have also been a maker (like Wilde) of my own life, art, and destiny. In that, there has been great fun, play, and pleasure. There too, my most significant presence.