Sure, he was a Romantic. 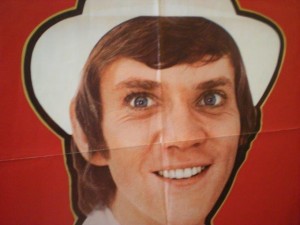 An unusual individual, he had a vitality about him, often expressing powerful emotions, feeling that anything was possible, that most of the limits which people experienced were their own self-imposed manacles. He was a free man of ideas and ideals with a strong sense of beauty in Nature. He had a vivid imagination that created and constructed beautiful and ideal inner or dream worlds. He often rebelled against irrational or tyrannical authority and tended to empathize with ordinary people. He had a great respect for the past, for what Matthew Arnold described as the best that was known and thought and expressed in civilization. He was, ultimately, an individual–his own man and no one else’s, interested mainly in an individual’s limitless possibilities.