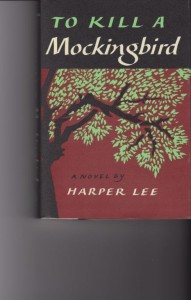 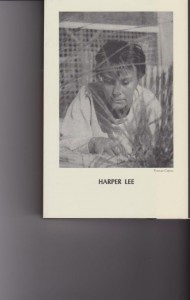 TKAM remains a classic despite the publication of Go Set a Watchman. Simply put, it is the greatest children’s book ever written and a must-read for anyone wanting to find out information about how bad and unjust life was for many American blacks in the Southern states, in particular.

Beyond that, it is a strong coming-of-age novel about two children who move from innocence to experience very convincingly, with truthful observations about irrational fear, prejudice, discrimination, outsiders, and the importance of empathy and justice in dealing with others. If an adult or teacher was trying to encourage or ‘teach’ the value of empathy, this is a very appropriate book for that purpose.

Is it the Great American Novel? Here the arguments begin with many other contenders. Two books more squarely about the old American dream and the corrupt modern American dream are The Grapes of Wrath and The Great Gatsby. Like TKAM, they, too, feature obvious instances of maturation and injustice.

Grapes has more to say about Nature and the tragedies that occur when Nature ‘fails’ and politics and commercial interests override humanity. It ends with a stunning instance of generosity and sharing in the name of common brother-sisterhood. Like TKAM, it is a powerful book about humanity triumphing over limiting social contexts.

My money has long been on Gatsby. It is about the corruption of 20th century America which began after WWI with the rise of organized crime and the obsessive pursuit of materialism–both still flourishing today throughout North America. All of us dream as do all the characters in Gatsby, but all must balance dreams with whatever realities and truths that emerge, as Hamlet put it–”a little soil’d in the working”. Like Scout, Nick, too, comes to learn greater truths about Gatsby, Gatsby’s failed dream, his own life, himself, passion, purpose, and the American dream. For a modest-looking novella, this novel packs quite a rich, nuanced punch and is definitely a book for young adults grade 12 and on; it clarifies the conflict between dreams and reality, truth and illusion, and the prevailing values of our time which remain virtually unchanged from when Fitzgerald wrote it.