On Not Watching the Academy Awards Last Night (Again) 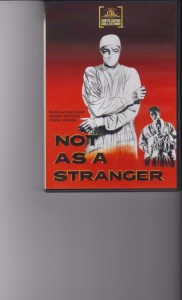 A simple decision for me, really, having stopped going to theatre movies of late. The line-ups, packed houses, rude behavior, noisy popcorn-chomping or chatter of nearby patrons that I don’t frankly miss. There are far better ways to spend one’s time with regard to movie-watching.

But perhaps my disillusionment with recent movies began about 2005 as I was finishing a three-year-stint as a film classifier for the province. Toward the end of that challenging time, I would estimate that about 95% of what we had to watch was simply populist pap-crap and poorly-made, awful stuff. Usually we classifiers could tell how bad a movie was going to be within a few minutes from the get-go and where it began to run off the rails in terms of being good, solid entertainment, or a well-made film.

A Very Long Engagement was one such film that kept us all hanging out to the end, waiting for the often predictable, conventional/commercial misstep, but it didn’t happen with that one. Unfortunately, most films today are just biz deals, or very cynical crap pandering to the most shallow, phony, false emotions of the hoi polloi. Usually with an excess of bludgeoning violence, gore, or excessive toilet or sexual humor. So, why waste one’s time?

As I have done for several of the past years, I watched a good or great classic film from the past when movies were more of a conscientious craft or art that challenged viewers or appealed to their better, potentially higher instincts. Last night’s fare was the 1955 black-and-white first film of legendary director Stanley Kramer–Not as a Stranger. The story was strong from a Morton Thompson novel about a doctor’s process into actual practice and in his relationships. Robert Mitchum starred, which brings up another key difference in movies today–we no longer have great actors or true stars like those of the original Hollywood era.

He was ably supported by Olivia de Havilland as his decent nurse-wife, Frank Sinatra as his loyal intern-friend, Charles Bickford as the shrewd country doctor, Gloria Grahame as the smouldering, horsey-set love-interest, Broderick Crawford as the harsh, humorless doctor-mentor, Lon Chaney as his drunk father, Harry Morgan as a comical Swede, Lee Marvin as a fellow intern, along with many other (what-used-to-be-called) character actors.

There were numerous conflicts of the realistic variety and this is what I used to call a teachable film–something I could have taught at one time when I was a high school teacher, at least into the ’90s. The entire arc and process of the film was pleasurable, engaging, and ultimately of consequence. It was unconventional with its cynical views of health care and medicine presented by outsiders and the doctors themselves. At the same time, it offered inspiring idealism and glimpses of what would be considered beyond-the-call medical attention in two dramatic life-saving-effort scenes.

At the end of the evening, I felt very satisfied and genuinely moved by what I had seen– something I know I would not have felt if I had tuned in the banal, predictable, phony-baloney, fashion show, with its agenda-politics of much ado about contemporary nothing.