Morley Callaghan’s The Loved and the Lost 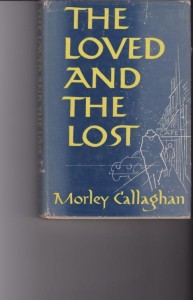 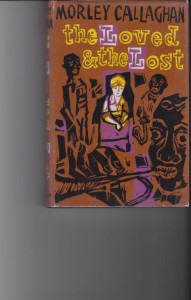 1951 Governor-General’s Award winner. Recommended for its being the first novel in English Canada to deal with race relations between white and black. Characters are believable including the journalist-protagonist Jim who wants to save Peggy, a young white woman who hangs out with black jazz musicians in Montreal clubs of the ’40s. Her story ends tragically because she has no distance on her innocent, obsessive attraction to black men who misunderstand her attentions and intentions. Recommended and quite different for Callaghan, though his protagonist resembles himself and other decent white protagonists of his other stories and novels. Good conflicts and suspenseful plot and atmosphere.