One of the Funniest People Who Ever Lived: The Great Peter Ustinov 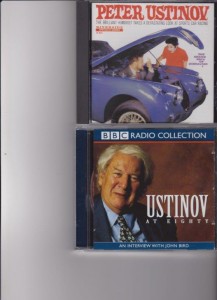 (top: A Ustinov masterpiece: extraordinarily and stunningly, he does all the voices, interviews, car sounds, and other sound effects; completely written and performed by him; what other comedian can you think of who has done that much this fabulously well?)

(bottom: an interview with the still-sharp, funny man at 80 on CD) 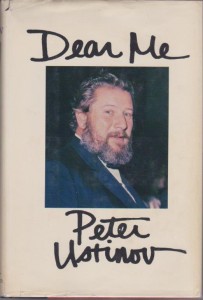 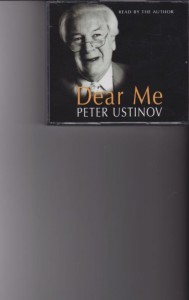 (his truly amusing autobiography signed with a humorous drawing of himself for U.S. talk show host Sarah Purcell; right: his CD performance of the book) 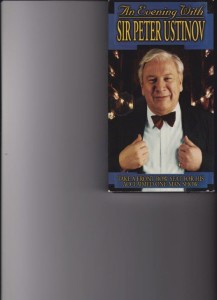 (Ustinov was a master of voices, characterization, and anecdote as this VHS–also available in DVD–amply illustrates. It was a privilege to hear him live in performance.) 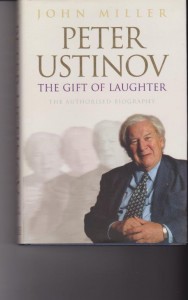 A Renaissance Man who was an English actor, writer, dramatist, humanitarian, comedian, and witty raconteur without equal. He won many awards including 2 Oscars, 3 Emmys, a Golden Globe, a BAFTA, and a Grammy. He is very funny in the Poirot movies he made, and in We’re No Angels, Topkapi, and Spartacus (the latter for which he provided a hilarious interview-commentary-extra on the Criterion version).