Another Great First Night at ESO in the Park 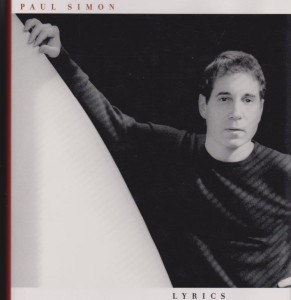 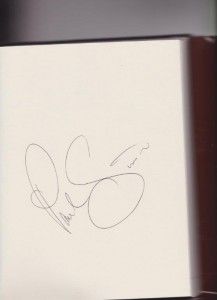 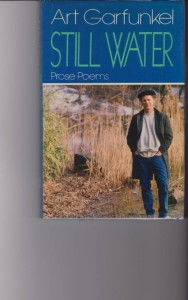 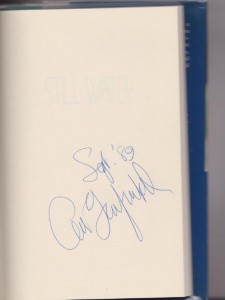 (signed books by Simon and Garfunkle from my collection)

A memorable program of Simon and Garfunkle with a focus on early Paul Simon songs up to “50 Ways to Leave your Lover”. Jim Witter, himself a successful country performer, played one of his own hits, and featured 2 Everly Brothers’ tunes since they influenced S & G. he even previewed his new show by doing Barry Manilow’s “Mandy”.

Witter’s 4-piece band was tight and the bass player-backup/Garfunkle vocalist wrote the credible arrangements for the orchestra which Bob Bernhardt conducted with his usual humor. Songs included S & G’s hits and classics: “Parsley, Sage, Rosemary, and Thyme”, “I Am a Rock”, “The Sounds of Silence”,  “Homeward Bound”, “America”, “Bridge over Troubled Water”, “Cecilia”, “Slip Sliding Away”, “A Hazy Shade of Winter”, “The Boxer”, “Mrs. Robinson”, et al done in original keys. The symphony was featured in most of the songs, maybe moreso in “El Condor Pasa”. The encore was the segued “Old Friends/Bookends”.

Overall, a most pleasant evening and maybe the best first night I’ve attended there. The crowd was enlivened by this trip down memory lane. Simon’s catalogue has long been an impressive one and it is interesting to think we were just listening to songs written before 1975. His latest album (which I’ve commented on earlier on July 11) is very strong BTW. The only thing I missed was Garfunkle’s unique pure voice on “Bridge over Troubled Water” and “Emily Wherever I May Find Her”. Undoubtedly, there were, though, excellent facsimiles of all the songs played. Great show.