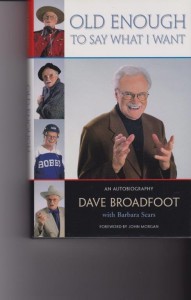 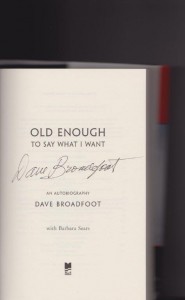 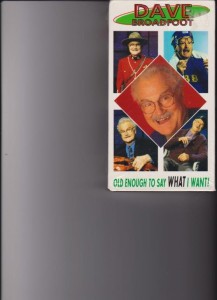 Obit Dave Broadfoot, 90.
Dave was thoroughly, charmingly witty and always had great imaginative jokes and perspicacious one-liners. His career started in the ’40s and included stints with the Air Farce on radio and tv. He even appeared on the Ed Sullivan Show. I remember finally going to see him here in Edmo at the Jube when he had the audience in stitches; everyone left royally entertained and amused. I think he was on a par with Peter Ustinov and other greats doing stand-up. BTW/ he was very good with risque jokes without using four-letter-words or sexual language; never coarse or offensive and always clever with his imaginative puns. Some of his best work can be found and will be remembered in the two works above.