Full Circle: Looking Back at an Unseen, Unknown Future 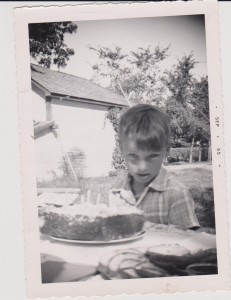 If accessing site from Internet, activate any photos not showing automatically, by clicking on any picture frame. Then click “Continue to this website”–.

There is much we can not foresee, especially at a young age such as:

-wearing glasses beginning from grade 9 on

-surviving a near-fatal asthma attack in hospital at 30

-driving and owning a car some day

-losing control of a car in a snowstorm, spinning around and ending up in a ditch, right side up, uninjured at 25 on a highway in  northern Alberta

-owning a couple of houses

-getting married and having two kids, long grown-up, both happily with partners

-being a teacher for 30 years (I was unaware what a teacher was at this age); teaching about 5 thousand students (what’s a student?)

-going to something called university

-writing 60+ plus books (I did not own any books then); the books selling over a million copies (what’s a million anyway?) and being re/used by about 4 million kids; presenting to thousands of teachers (what’s a teacher? what’s a presentation?)

-falling in love with music and learning to play guitar and singing; knowing that music would become a sustaining, inspiring, pleasurable pastime

-acting in and directing drama (What’s a play?)

-ever owning  a fair number of books and movies (I’d only seen 2-3 movies at a theatre by this point. What’s a VHS, a DVD, a camera, a tape recorder? B & w TV had just come in the previous year in Wpg. I assumed “Howdy Doody” would always be broadcast on tv.)

-having many friends (none at this moment, though, on Thompson Drive), ‘losing’ most of them along the way, being down to a few close ones at age 64

-ever going to school (beyond my past part-time kindergarten), let alone spending 57 years in schools

-knowing there were other places in a very big world, including Alberta and Edmonton where I would one day settle; only knowing Winnipeg as the centre of my life till 1970 A.D.

-having no clue at that point how life would have been different if I had been born earlier, later, somewhere else, or never born, or born into a different social class

-not knowing there were such things as individuals, that I lived in a society, that my imagination and curiosity would stand me in good stead for another 59 years.

-not knowing that so much would depend on learning to read and a yet-to-be-developed interest in print books; that these interests would lead to three distinct careers as a teacher of literature and language, a writer and editor, and a poet

-not knowing that my established dreams, dreaming, and romantic sensibility would direct my life and love choices, my uniqueness, and the eventual drift and development of feelings, thoughts, expression, and consciousness

-not knowing that there were truly a zillion unseen possibilities as there have turned out to be, especially in personal development, people, Nature, and love

-not knowing that the flow of my days would continue, mostly unhampered or unlimited for another 59 years

-and not knowing that–much like this picture–that momentary gifts would continue to be special to me, and that my life would be largely consist of gifts of myself, later culminating in an acceptance of the many kind, generous, reciprocal  gifts of others

Blake called this state Innocence. Others have called it Inexperience, Ignorance, or Naivete.

Does anything remain of the five-year-old above? Yes, of course. All the essential qualities, characteristics, personality, and sensibility. All there. Still.