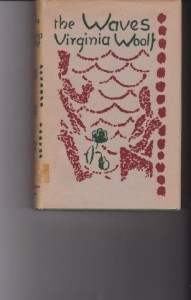 (of Virginia Woolf? A letter to a friend responding to”Woolf’s Darkness: Embracing the Inexplicable”, a New Yorker article by Rebecca Solnit)

“Patches of darkness, those places of unknowing”, “essential mysteries” or simply the mysteries of life and consciousness are what interested Virginia Woolf the most. She was curious about other people, had great observer skills, and an unlimited empathy and imagination which is why her novels flit from consciousness of one character to another. You can see this early in Mrs. Dalloway (where there are fewer characters) and later in To the Lighthouse in which she not only takes on many points of view/consciousnesses, but also the passing of time! The Waves was probably her biggest stretch–she focused on alternating several points of view/consciousnesses from youth to old age. Challenging to follow, but the ultimate five-finger-exercise for her. She was incredibly smart, probably the smartest significant female author since Dickinson.

Interesting Sonit also mentions Keats’ `Negative capability’ since that is the source of a confident sense of self as well as the empathic imaginative consciousness that Keats and she both have (and all great writers–Shakespeare, Tolstoy, et al). Woolf, though, was manic-depressive and knew it, particularly how it affected her writing. Amazingly, she still entered many others (and many authors and their works through her reviews), and many experiences (through her essays). She knew this was a precious gift, though it was as mysterious (“I have no notion”) as the rest of life.

“London Adventure” shows how she ultimately embraced and loved the mysteries, though. Movement (as you know from jogging–“thinking is an outdoor activity”) generates/frees thought which is why she enjoyed socializing of her choice. She would talk to various people at parties, ask many questions, and absorb all. She was very interested in what made people, including herself and friends, tick. She generally waited for inspiration and project ideas, trusting natural chi and life flow. It is that flow she captures so deeply and beautifully in her best writing and thinking.

No, she didn’t mind “getting lost”–Lost, not Missing as I titled one Spiritus publication. “Lost as in open to the unknown”. Negative capability again. She easily and naturally empathized and imagined, creating subsequently. She, indeed, contained Whitmanesque “multitudes”. That consciousness and connectedness is what she wrote of.

Certainly the wonderful essays fearlessly go anywhere and everywhere. She is not afraid to turn herself inside out for readers to see. Woolf is also conversational in the essays, very open and intimate that way. She absolutely trusted her intuitions and impressions.She was not, as Sonlit points out, afraid to explore the myriad conceivable, experiential possibilities.

I would concur that she liberated the text, the imagination, the fictional character. She opened everything up, aired all that she could see, think, and imagine. Very free that way. I think that’s what she was most about–freedom, the free mind, the free consciousness, the free exploring consciousness, a total open-mindedness that crossed the usual gender lines. Hence, her belief in what Coleridge described as the androgynous orientations, attitudes, and approaches of great writers (like Shakespeare). She certainly understood the limits and limitations of men, which can be seen in the first two novels mentioned. Her ideal and perhaps happiest publication was the very free Orlando about a totally liberated man-woman who transcends history and time. It was also a celebration of and homage to her favorite and most intimate relationship with Vita Sackville-West. (Suffice to say, Woolf’s consciousness of West greatly exceeded West’s limits and limitations as person and writer.) The book is ultimately most about Woolf–her freest and happiest, fulfilled self.

Woolf was, naturally, a feminist because of the many great limits and limitations on women of her day with which she did not hold. She was a gutsy rebel and a role-model then, much as she has been for many women since, including Sonlit. Free and outspoken. A Room of One’s Own is a classic tract and credo combined. Wonderfully rambling and discursive like everything else she wrote.

In the end, her words and marvellous unique sentences do flow like water, like air–freely, without any conventional restraint or inhibition. Thus, Virginia Woolf spoke of the unlimited possibilities of life, imagination, consciousness, and human relationships: “as endless as desire”.