On Geniuses of the World (cont’d) 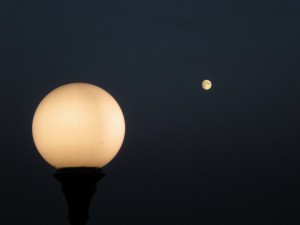 Well, what a PBS documentary on Thomas Edison! Amazing man. Incredible life. Stupendous inventing. (Indeed, the Father of Invention picking up where the Grandfather of Invention Leonardo da Vinci started.) 1000 patents! The guy who gave light to the world. The guy who made it possible to record sounds, music, and motion. I would definitely put him on close to a par with da Vinci since he realized so many of the miracles he imagined. In terms of his great influence world-wide, he has to be given serious consideration as the ultimate genius and principal civilized-gifts-of-self-man of and for all time.

Others, certainly, are close to the top–Michelangelo, Beethoven, and Shakespeare–for their likewise tangible still-majorly-influencing work. And there is no question that these three, for instance, would be the top men of their areas in art, music, and language/literature/drama/poetry. For anyone searching for models or ideals, for anyone searching for lofty examples, imaginations, spirits, and gifting, it would be hard to name five more prominent guys in the history of Western civilization and, likely, the world.