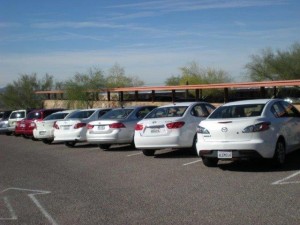 Many Westerners choose to live life in chains, often as slaves to chasing money and materialism, being cheap, and choosing similar ruts and traps. As Sartre pointed out, we often create our own hells by flattering our own egos. In the wake, there are usually regrets, unachieved dreams or goals, and a huge backlog of missing pieces. Then there are the matters of what we actually did or accomplished in our lives as well as whether our presence actually made a significant difference in the lives of others.

But I think, in the end, there are many disappointments and regrets because we did not live the lives we dreamed of or never chose for ourselves. Often we settle for less or are swept along in the drift of the moment or others. We simply do not truly know ourselves, do those things which are more/most interesting, or achieve anything resembling personal freedom, self-knowledge or honesty with self. Too often, we simply short-change ourselves and do not choose to think or explore the realms of personal consciousness. We limit ourselves to the ever-changing physical or technological, and wilfully put ourselves in perpetual binds with regards to our hearts, while ignoring deeper soul or spiritual needs.

Well, this is all too-common, and there are many instances of this in the course of a day. We do it to ourselves as much as we do it to others, using, manipulating, and egoically treating others as means rather than ends. And the mass of Westerners, by and large, focus on smaller, rather than larger, deeper, resonant values and perspectives. Personal choices, nonetheless, all the way down the line. Often not for true self-enhancement and fulfillment of personal potential. Often not for the myriad possibilities. Often just concerned with what others will think of us. Often kidding ourselves with illusions of love and belonging. In the end, more fantasy than reality or self-honesty. Often not for growth possibilities, increased personal consciousness, or the free flow of Life Force. The great cultural Doh of our time.

Thoreau was right. The truth is that the mass of Western men and women in our society simply live unfree, Twitterly shallow, and ‘small’; they choose limited lives for themselves and frequently try to limit others, too. “We do it to ourselves and others.” All this sameness, herding, and living oh-so narrowly and limitedly.