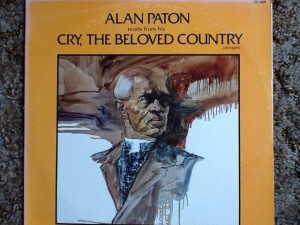 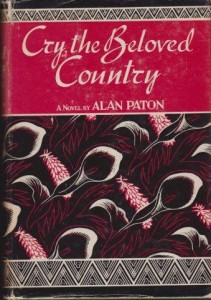 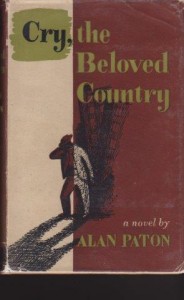 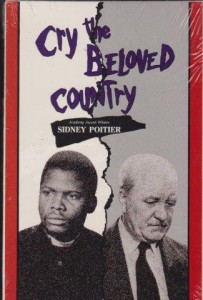 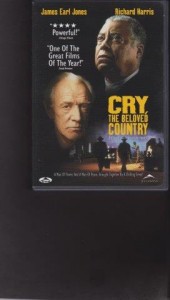 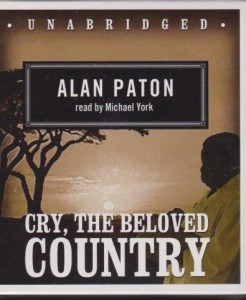 My first encounter with this novel was in 1975 when I was teaching it to grade 12 general-nonacademic students. South Africa was in the news at the time with black Africans protesting apartheid and white government rule. It was a very moving book written in 1948 by a white South African, Alan Paton, which captured the conflicts and challenges that grew after WWII. The plot is simple to begin with; a black priest goes to Johannesburg to search for his sister, brother, but mostly–his son. But many unexpected revelations follow including his later encounters with the white father of the man (who ironically lives near the priest’s village) his son has murdered. The book is a poetic-prose masterpiece about hope and the possibilities of healing beyond racial tragedy. I recently reread it and still found it profound, wise, and moving; its messages had not lost one iota of relevance (being especially relevant to contemporary U.S. racial tensions) in the intervening 40 years.

I also viewed the 1951 black-and-white U.K. movie starring Sidney Poitier as a realistic Johannesburg priest who helps the naïve country priest Stephen Kumalo (played sympathetically by Canada Lee) to find his son. Jarvis, the white father of the murder victim (ironically an activist for black rights), is also sympathetically portrayed by Charles Carson in this screenplay adapted by Paton himself. Robert Krasker who was the cameraman on the classic The Third Man, does the cinematography for this strong film veteranly directed by Zoltan Korda. I would recommend this film as much as the book because its episodes follow the essential scenes and conflicts of Paton’s novel.

(All the above A/v selections are highly recommended.)