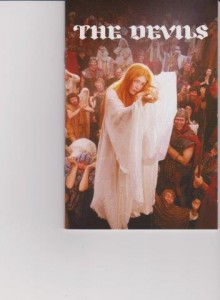 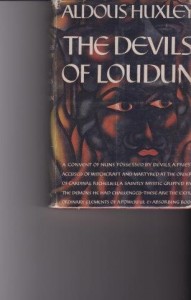 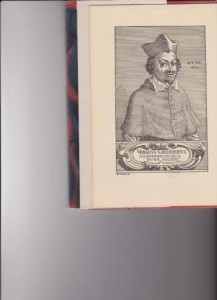 Anyone who sees this timeless masterpiece of sexual, political, and religious corruption needs to know it was based on actual events involving suddenly crazed Ursuline nuns in the early 1600s French town of Loudon. The movie is solidly based on Aldous Huxley’s The Devils of Loudon, an historical narrative with reflections about the episode. The facts in the film are very much the facts of the actual events with Ken Russell’s imaginative embellishments suggesting ‘how crazy things got’ and how each of the various participants acted.

The film has been arguably the most famous controversial film of all-time with U.K. censors snipping the infamous never-seen rape of Christ scene and Sister Jeanne’s indecent act at the end of the film before the film was released. What’s left of Russell’s original vision is available from BFI on DVD in a PAL version, viewable on most modern computers on this side of the ocean. It comes with the warnings of 18–contains strong violence and sexualized nudity, though the other/wise bombardment of the viewer’s senses, feelings, and mind is likewise over-the-top, to put it mildly, reflecting the mania and craziness of this actual historical episode. It is “an assault on the senses”, visually and audially, mostly because of the story details, wild acting performances, manic pacing, abrupt juxtapositions, intense conflicts, Derek Jarman’s bizarre designs, David Watkins’ amazing cinematography, and Peter Maxwell Davies’ other-worldly ‘score’. You will never see anything remotely like this on screen ever again. The Devils is totally unique and timeless.

In real life, Father Urbain Grandier was the Loudon vicar who became the main scapegoat and lightning rod for much of the frenzy. He was falsely accused of causing devils to assail the nuns which played into the political agenda of Cardinal Richilieu who sought the destruction of the town. Grandier was burned at the stake as a sorcerer no thanks to the ravings of the prioress Sister Jeanne and the witch-hunter Father Barre. The part of the seriously contrite, town-defender Grandier gave Oliver Reed his best-ever performance. Vanessa Redgrave is superb as the hysterical, untrustworthy Jeanne, who ‘flips’ into madness when the moment calls for it. The supporting actors also gave their performances of a lifetime, including Dudley Sutton as the sadistic opportunist Baron and Murray Melvin as the memorable priest who has misgivings about the whole tragic debacle. For those who go on to read Huxley’s terrific book, there is more to the story than what Russell covers.

All in all, The Devils and The Devils of Loudon together make up a fascinating study of human beings ‘losing it’, easily if not more engrossing than Arthur Miller’s The Crucible and the events of the Salem witches hysteria. Huxley tells more than could possibly be covered by the sensational film, especially what happened later after Grandier’s death. Highly recommended for anyone interested in studies of madness and how groups of people with agendas can persecute and scapegoat innocent others. Also for anyone interested in the exploring the abuses of religion and how evil can gain the upper hand on good. One of the most memorable books you will ever read and a memorable horrific film experience presented the weirdest mish-mash of beauty and truth ever shown in theatres. Mark Kermode and BFI deserve great credit for bringing this unduly-neglected masterpiece back to the attention of filmgoers everywhere. (Kudos for Kermode’s/Russell’s fascinating DVD extras and trivia, too)