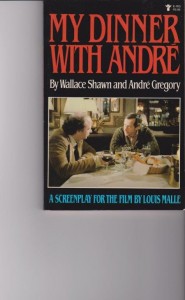 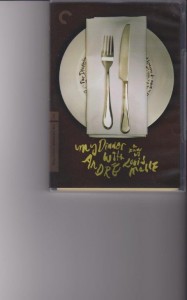 (left: the script signed by Wallace Shawn; right: highly recommended: the Criterion version with interviews with the 2 stars of the most famous talking-heads movie ever made)