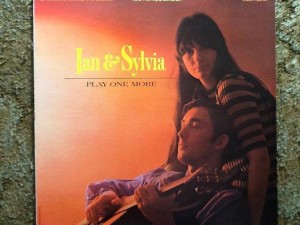 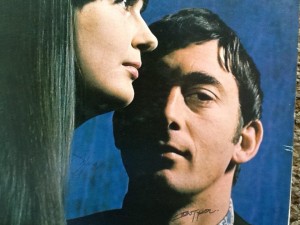 (So Much for Dreaming –closeup/excerpt of jacket, Vanguard, 1967; authentic, rare flatsigned cover: “Sylvia” to left of Ian’s head, “Ian Tyson” on his neck; photo: Philippe Halsman) 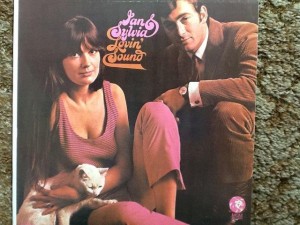 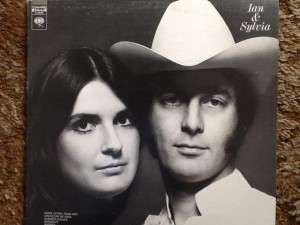 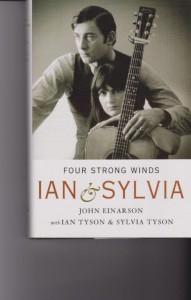 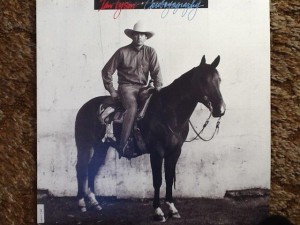 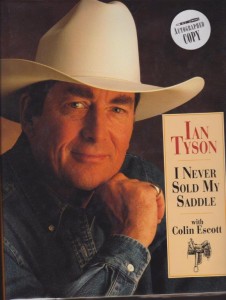 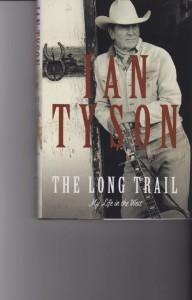 Ian Dawson Tyson (1933-) and Sylvia (Fricker) Tyson (1940-) have been entertaining for decades with their unique voices and songs. Ian and Sylvia, as they were first known, began working together in early ’60s Toronto and eventually developed a wide-ranging fan base on both sides of the border. As a duo, they released many fine, interesting albums into the ’70s including their country-rock masterpiece Great Speckled Bird, as well as writing many popular songs including “You Were on My Mind”, “Loving Sound”, “Someday Soon”, and the iconic “Four Strong Winds”–frequently voted the most favorite, popular Canadian song.

They started as a folk duo, eventually being supported by such famous musicians as Felix Pappalardi, David Wilcox, Amos Garrett, and David Rea. They explored folk rock briefly before transitioning into country rock, largely through Ian’s background and tastes. Along the way they had their own tv shows such as Sunday, Nashville North, and The Ian Tyson Show.

After they split, Sylvia hosted a CBC radio show Touch the Earth, anchored the popular all-female folk group Quartette, and wrote a well-reviewed novel Joyner’s Dream. Ian, meanwhile, embraced his cowboy roots fully with a successful run of cowboy albums for Stony Plain Records. He authored two books about his life, and eventually, he and Sylvia did some reunion appearances (notably on a CBC special) and told their story together in Four Strong Winds, shown above.

I first got interested in them in 1967 (when I was in grade 12) via their first folk-rock album So Much for Dreaming, and learned to cover several of their songs. Later that winter, my later-wife and I saw them in a big sold-out gymnasium at U of M; they were hot and the perfect epitome of a handsome, talented folk duo-couple for the height of the hootenanny era. They would send shivers down your back with their a cappella Appalachian songs; I have never heard a couple sing tighter and more powerfully than they did that night.

We later went to see them in their country-rock glory as Great Speckled Bird at the U of A cafeteria–an amazing show that left many of their purer folkie fans in the dust. But they had many great new songs (“”Trucker’s Café”, “Smiling Eyes”, “Love What You’re Doin’ Child,” “Calgary”, “This Dream”) and their best-ever back-up road band. They deserved a far better fate as tastes changed and their sales and concerts dwindled.

But they were both survivors and I’m glad I got to see Ian in his full cowboy sensibility playing live several times, including with ESO. The three books released above cover his and Sylvia’s life and work together and apart nicely. Much of their best Ian and Sylvia work is covered by Great Speckled Bird and by The Complete Vanguard Studio Recordings. They influenced my early music, folk sound, and developing understandings of the possibilities of song. They were truly beautiful, charming, tasteful entertainers and wonderful examples of Canadian voices, songwriters, and artists who came to the timely fore of Canada’s then-Centennial era.