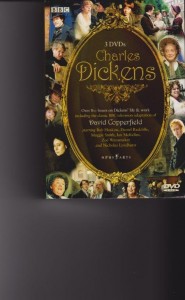 This is a remarkably strong production of Dickens’ autobiographical classic, published in 1849, which reminds one of many things about life.

1. The relevance of his topics goes on today in Third World and Western countries alike. Relevant still are his themes on the status of women in marriages, the English class structure, the criminal justice system, the quality of schools,  the employment of children in hard, and menial work situations.

2. Dickens’ world is mainly one of unique, interesting, memorable characters. He holds two main views of people; one view is that people can be incredibly evil, cruel, mean, nasty, and bitter, as in the cases of Uriah Heep, Edward and Jane Murdstone, Creakle, Emma Steerforth, Rosa Dartle is likewise timeless. Also, timeless are his naïve, innocent, good, or decent characters of which there are, significantly, more of: David’s mother Clara, Betsey Trotwood, Mr. Dick, Peggotty, Freddie Barkis, Agnes Wickfield, Daniel and Ham Peggotty, Wilkins Micawber, Dora Spenlow, and David himself.

3. Dickens also shows how one can be mistaken by first impressions as in the case of David’s perceptions of Steerforth and Dora. The novel is a Bildungsroman about a young orphan who undergoes many hardships and setbacks to achieve positive personal and moral progress and development. Through his experiences, David becomes more responsible, conscious, and autonomous. (In contrast, Great Expectations is a more mature, realistic book about large social forces that leave Pip, the main character, sadder but wiser, though disillusioned unlike David.)

4. Ultimately, Dickens reveals life process through his main character with all his various setbacks, challenges, learnings, failures, and successes.

5. He equally shows that life is something that happens to one and that one can also be an agent, sometimes unwittingly or unintentionally, in the lives of others.

6. Dickens equates happiness more with relationships than with work and career, though the latter (David becoming a writer) may prove to be therapeutic and potentially fulfilling.

Highly recommended for its perspectives on life, Victorian times, coming-of-age theme, and wide assortment of characters.

There are 2 more videos in the set: an interesting biography of Dickens using actual places from Dickens’ life hosted by his biographer Peter Ackroyd, and a performance of A Christmas Carol by Anton Lesser as Dickens.