The Two Endings of Great Expectations 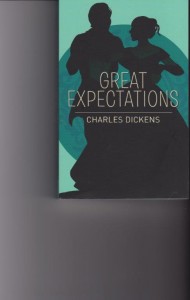 I think Dickens got it right with the original short, ‘sad’ ending. Much there is in the book before that, that supports an unhappy ending. Both Pip and Estella were both so used and damaged that a happy ending does not fit the greater context, tone, atmosphere, and characterization.

I used to like the longer, happy, revised ending back at Satis House with no shadow leaving the couple as they walk off into the ‘Casablanca’ mists, but it’s just a little too hackneyed, clichéd, and Pollyanaish to think that the two different conflicted characters could ever find true love and happiness after all was said and done. (I used to believe more in miracles and that love could overcome all, but I’m too much of a realist these daze, I’m afraid.)

So the second/final/happier ending is possible if ‘anything is possible’, but not as likely as reality and what Dickens intended. Definitely a case of Kerouac’s “First thought, best thought” methinks. As he rewrote the ending, it was an obvious case of giving Wilkie Collins and the people ‘what they want’ and limitedly/Victorianly-preferred.

I think that the two endings are unnecessary in any case. The book should have stopped with Pip finding Joe and Biddy happily married. There’s your real happy ending for two good, deserving characters and just deserts for the proud, ignorant, hesitant, blind Pip. As much as Estella and Drummle deserved one another; on a par with leaving Pip a sadder, but wiser man. Period. The End.