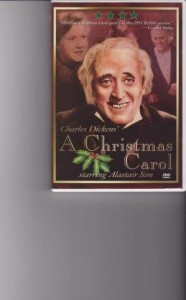 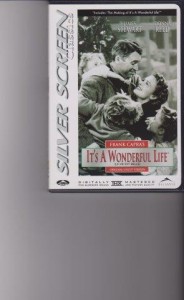 “He who loses his life shall find it.” -quoted by Joseph Campbell

Two of the most inspiring Christmas movies ever are the Alistair Sim version of Charles Dickens’ A Christmas Carol, and Frank Capra’s movie It’s a Wonderful Life. They have inspired many generations of viewers with their simple, yet profound core messages about life.

Both show us the great difference between (transitory, ephemeral, living) presence and (deathly, ghostly, forever) absence–or the extreme loss of presence. In the Dickens’ former, Scrooge comes to learn the hard way that absence can be a terrible point-of-no-return and that he has meanly absented himself from his family, his sister, her son, his fiance, his employee Bob Cratchit, and his business partner Marley. In his heartless obsession with accumulating meaningless wealth, he has also alienated himself from whatever good qualities he once possessed or valued in the past.

It is only through realizing unchangeable, irrevocable absences like those of his dead sister, fiance, and Marley and by being given a glimpse of a future without Tiny Tim and himself, that he is able to reconnect with finer values of kindness, love, and generosity. These values, in turn, help him to reconnect positively with both society and his once-better self. In the world of A Christmas Carol, the only other alternative is grim, stark hopelessness, suffering, and death, as amply revealed by the three ghosts who visit Scrooge.

Scrooge’s final appreciation of presence and being alive become epiphany and reason enough for him to celebrate and re/connect with the social world. Though this change comes late in his life, Scrooge magically finds that he can will any possibility into being with humor and a better attitude–key positive manifestations of both presence and consciousness.

Likewise, George Bailey, the main character in It’s a Wonderful Life, suddenly finds himself ‘lost’ and ‘gone missing’ in a way reminiscent of Scrooge, but, in contrast, he is truly a desperate man driven by crisis to the brink of suicide. The beginning of his salvation occurs at the bridge when he saves his drowning guardian angel Clarence. That event alone reveals George’s essential nature of putting others before himself, something he had previously done all his life.

Like Scrooge, he is shown life without his presence and an alternate nightmarish version of his own community–a negative view caused by his absence and his granted wish to never been born. After a final repentance, George is given back his less-than-perfect life, grateful for the chance to recover both presence and life. Like Scrooge, his limited/limiting, blinkered attitude changes and he embraces life, with all its problems and shortcomings. That said, both protagonists find a richness through their experience and a renewed appreciation of presence and others. And as both characters discover, nearly anything becomes possible when one fully accepts and embraces life and presence.

Today we still hear that Christmas can be a stressful, isolating time of year for some individuals in our society. For those who may find themselves similarly ‘lost’ or ‘gone missing’ like George and Scrooge, these two classics offer helpful perspectives on some of the ‘basics’ for finding one’s better/best self, or recovering meaning within one’s own life.