“I am large, I contain multitudes.” 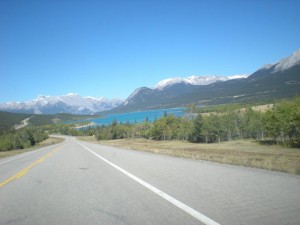 There are many ways to approach life and some people do not stop working or being busy until they encounter serious illness, have a major crisis or near-death experience, or die. I believe that life is more than just action and the multitudes of people, places, and experiences that one can and many do simply fill their lives with. Whitman would never have written the above famous quote if he had had no time to reflect about his life, past stories, experiences and lives.

I personally found that by the age of 59 or 60, that I had lived many lives, had met and known tens of thousands of people and many stories along the way, had come to know much about life through literature, music, art, and philosophy, and had accomplished many things that expressed who I was and what I had to offer others and the world. And so gradually, this blog emerged, with help from my daughter (who long knew I was a writer, poet, and teacher) and her companion (who had the IT background to facilitate this venture). Tothineownselfbetrue.ca is, incidentally, about my multitudes (be they past-related or ongoing present).

We each of us, from the age of say 15 or 16 on, begin to accumulate multitudes which crowd in fast during those early or beginning years of actively pursuing our bliss. And the people, places, and experiences pile up quickly from that point on like the snow outside in Edmo today. And, to a large extent, our lives are definitely defined by our actions and episodes–what we have done, what we have achieved in the social world. Those actions reveal who we are, what our ideals, dreams, beliefs, and sensibilities are. And, as I said above, we can toil endlessly as if we are never going to stop giving, making money, or learning. Work has its place, suffice to say, but most of life is not just work, accomplishments, or a long resume.

The process of life I have spoken of so many times thusfar in this blog is much larger than that. We are much larger than work and action. As human beings and individuals, we have many more possibilities than we frequently give ourselves credit for. (Notably, some feel purpose and meaning mainly or only in the context of religion or some external divine force, agent, or being. This is a very good thing which sometimes, religious wars and terrorism aside, leads to acts of charity–itself one of the great achievements of Western civilization going back to late Victorian times.)

For those of us who lack conventional religion, like myself, the responsibility for one’s own life rests largely on whatever inner personal code or responsibility that one takes for one’s actions and life. A life that one existentially makes, creates, or creates for oneself. Part of that life is based on or largely possible because of consciousness and reflection and having the time to let those vital, self-developing facets to “be” and develop.

I look around and see there are many others who have lived their lives similarly, mainly on their terms and made themselves and their lives who and what they were or are–Stephen Hawking, Henry David Thoreau, Emily Dickinson, Virginia Woolf, Andrew Wyeth, Sophocles, Shakespeare, Leo Tolstoy, Beethoven, Bach, Henry Moore, Joni Mitchell, Robert Frost, and so on. They live/d life thoughtfully, deeply, and creatively. It is obvious from their works that they contained multitudes, live/d many lives and stories, and knew and understood many people, Nature, and life. Inevitably, as one encounters their great works, one realizes the personal choices, necessary solitudes, and multitudinous inner worlds and consciousness that made their art, visions, dreams, and achievements possible.

All of these people make us aware of what is humanly possible and the multitudinous ways of looking at humanity, nature, and the world (a far cry from the tunnel-visioned world of screens). These multitudes are potentially in you, too, as much as they are in them. And It is the consciousness and expression of these multitudes that is truly special and valuable far beyond mere work and lucre.

(photo above: reservoir on David Thompson highway east of park gate. We are a part of multitudinous Nature; Nature reflects/expresses our own potential multitudinousness.)