Fall of 1965 Revisited: A Mere Half-Century Ago 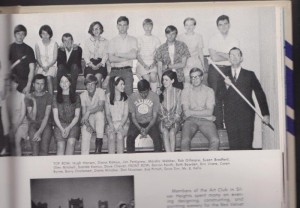 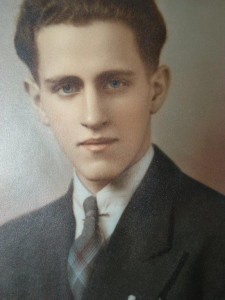 (R. Glenn Martin, starting out promising Harvard graduate in the late 1930s, student in Robert Frost’s class; picture from 2009 funeral which I read the eulogy at)

Fall, 1965. Grade 11, Silver Heights Collegiate, Winnipeg. My ELA teacher Brian Kells drawing birches on the blackboard as he visually explained Robert Frost’s poem “Birches”. A turning point in my life, introducing me to Frost, his poems, and connecting all of this, imaginatively with the Nature I already well knew and loved. It also struck me, at the time, that humorous, eccentric males who loved poetry and the arts were interesting teachers and could make a career out of these elements. Kells was my first male teacher influence, someone who offered a model for English teaching, and eventually an unexpected friend in the new millennium.

I hadn’t seen him since the reunion in 2007. On a whim Brian looked me up and phoned me from Wpg. today and we had an hour long chat. He is still very much an arts man and, of late, in a choir called Celtic Mist. He read me a poem he had read at his wife’s funeral. A nice boyhood memory of his dad bringing home the Christmas tree and him pushing his face into the branches to smell and absorb the tree at a deeper level. Later in the poem, he sits in the room, imagining doing that action again. A well-done piece. I was honoured he shared for the first time one of his creative endeavors. Student responding to teacher all these years later. We were both lucky to be sharing that and many other memories and moments of being today.

I recognized afterward that Kells has become an older ‘mentor’-friend much like the late Glenn Martin, my Ed CI–English prof whom I used to chat with at length on the phone and the only one who ever sent him an annual Christmas card. Later I would pinch-hit (for a winter traveller-friend) to escort him to ESO concert dates and pre-concert dinner dates at Gabbana’s. The level of conversation with these two men is/was relatively erudite, cultured, and has/had a lot of humor, irony, and depth. They are/were both remarkable people, easily the two smartest men I have met in the areas of art, literature, poetry, and music. Martin, like Kells, was eccentric and unique to the end, quietly whistling a Beethoven symphony while reading a newspaper when I visited him for the last time in the hospital.