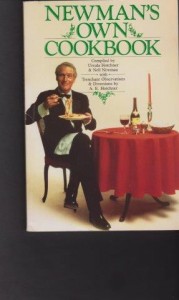 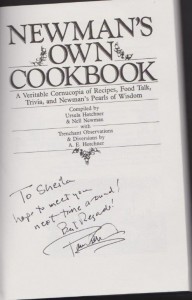 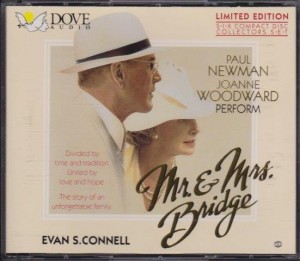 In glorious black and white playing a go-between character with Orson Welles as a 40ish, somewhat slimmed-down money-backer of pool hustlers and Paul Newman as Fast Eddie revisited. Newman claimed to me he was ready for the big game/con, suggesting he could do some fancy pool trick-shots.

Welles was upstairs at the hall being ‘courted’ by many down-and-outs, wanna-be hustlers when I convinced him Newman was ready to play. We descended to the hall where Newman was waiting. As Newman was getting ready, I told him, privately, how impressed I was that he and his real-life wife Joanne Woodward had fox terriers for pets, and that my favorite movie of his was The Verdict in which he played a sympathetic alcoholic loser-lawyer–a role for which he was snubbed by the Academy Awards. He set aside $2 in a hiding place before the bet.

Welles, reminiscent of Jackie Gleason’s Minnesota Fats in size and general appearance, waited to bet on each of ‘Eddie’s’ shots. Predictably, he sank every one, winning Welles’ character thousands. I whispered in Welles’ ear that he should stop betting when Newman blew his first shot. And of course, he did not believe that Eddie’s luck could change so dramatically and kept betting on him, losing much of the money he had won.

I have had many dreams about meeting famous singers (recorded elsewhere in this blog–Dylan, Cohen, Joni Mitchell–long before her recent medical problems–and others) and actors. On a good night, these experiences are strange wish-fulfillments that seemingly emerge all on their own. Newman I have not thought of for some time, though I have been interested enough in him to own such oddities as a signed cookbook by him and a rare CD collection of him and Woodward reading from the novel that was adapted as the Mr. and Mrs. Bridge movie (as pictured above), an interesting risk for both of them. Possibly the subconscious trigger for his presence came yesterday when I saw a cute fox terrier on a calendar page. (c.f. fox terrier reference above)

Re. Welles–I saw a well-done documentary on him about a week ago (reviewed here). He and his remarkable career have long held a fascination for me. Welles was the Great Movie Maverick rejected by Hollywood after his masterpiece Citizen Kane. Possibly this event was another latent trigger for my nightly free-and-roaming mind in deep sleep. I guess these two departed actors had quite an influence on me as did the famous Hustler movie and the three of us ‘just had to get together’. No, you never know, relative to life’s possibilities, even in night dreaming.

“I am large; I contain multitudes.”–Walt Whitman

See also my notes on George Berkeley re. perception and reality (something W.O. Mitchell mentions in Who Has Seen the Wind, incidentally) in the previous blog entry “Part 2–Agreements with Specific Philosophers”, Mar. 15/2014.

(Safe Read-Only site–ignore any security warnings when opening pix. Open any one picture and they all open when you click backward 2x.)